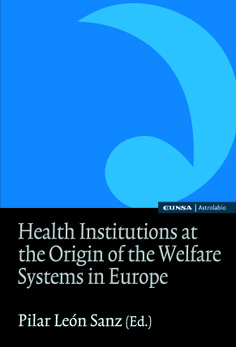 Health institutions, at the origin of the welfare systems in europe

The care of vulnerable population groups such as psychiatric patients, the war wounded or the poor has brought about the private initiatives which are proof of the intrinsic solidarity of social order. This book gathers studies on the contributions of non-governmental and non-profit institutions to social and sanitary assistance during the 19th and 20th centuries in Europe. The non-profit corporations possessed a sense of mission to the community, a sense supported by their close ties to other sanitary infrastructures, hospitals and physicians´ organisations. Their role is within the framework of medical philanthropy, charitable organizations and voluntary social agencies which had been developed since the mid-nineteenth century, and which operated alongside a growing state involvement in health care and social services.